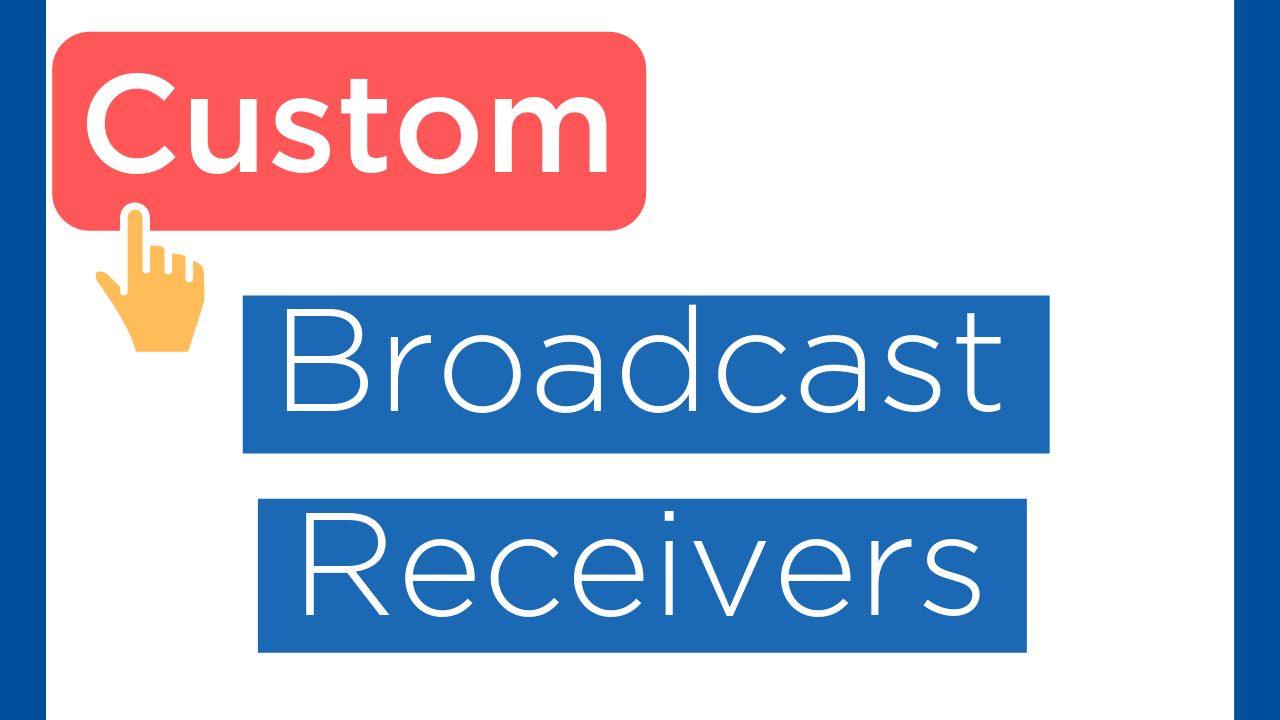 
What is a Custom Broadcast Receiver?


Custom Broadcast Reciever : In addition to responding to system events , your app can respond to Custom events also.For Custom Broadcast we need to define our own actions in Intent object and broadcast it to receiver. We can send Custom Broadcast in three ways :
Note: We will be covering all these types. So , Let's get started..


These type of broadcasts are asynchronous in nature . Receivers attached to these broadcasts run in an undefined order , approx at a same time. To send a Normal Broadcast create a new Intent object passing your own custom action into it and call sendBroadcast(Intent) method.


These type of broadcasts are delivered to one receiver at a time.The priority value in Intent filter decides which receiver to call first , When first receiver finished executing then it can propagate the result to second receiver and so on. To send an ordered Broadcast create a new Intent object passing your own custom action into it and then call sendOrderedBroadcast(Intent , String) method.


These type of broadcasts are used when sender and receiver are in the same app . To send Local Broadcast create a new Intent object passing your own custom action into it and call LocalBroadcastManager.getInstance(context).sendBroadcast(intent).


Open AndroidManifest.xml and register all the receivers class under application tag. For classes FirstCustomBroadcastReceiver.java and SecondCustomBroadcastReceiver.java declare the priority value in Intent filter , bigger the priority value first to receive a ordered Broadcast and add your custom action under intent filter tag.


Open activity_main.xml file and add the following code.The layout contains three buttons on click of which we will send our Normal , Ordered and Local Broadcast.

Why registering the third receiver is different?

If you want to send the broadcasts locally within your app then you need to use Local Broadcasts and Android system provides LocalBroadcastManager class to register the Local Broadcast. This has a number of advantages :

Why we need to register a Broadcast Receiver in onStart()?

In order to send and receive Broadcast receivers in Android you need to first register them so that Android system can notify the receivers when specific event occur.

Why we need to unregister a Broadcast Receiver in onDestroy()?

If we don't unregister a receiver in onDestroy() then it still holds the reference to activity , even if we close the activity this leads to Memory leaks(Memory which is allocated but never freed) in android and Garbage collector will not be able to free that unused memory.


Open MainActivity.java file and add the following code , on click of three buttons we are sending normal , ordered and Local broadcast respectively.

First we are passing our custom action in Intent object and then sending Local Broadcast using LocalBroadcastManager.sendBroadcast().


The complete code is available here.